Many times, a student will need to choose a topic that best suits them. Taking time to go through informative essay samples can do the trick. What else do you need to do?

Take time to find the appropriate topic that suits you especially if you have a wide range to choose from. You can Google for an exciting, informative essay example.

Pick a topic that’s not too shallow or too broad. Make sure that the information is enough about your subject.

Choose an interesting issue that will entertain your readers.

If you want a pleasant writing process, choose a topic that interests you. Find an informative essay sample of the item you want to write and go through it to have a rough idea.

Do thorough research on your subject so that you can write about it. Read through an example of informative essay to get the gist.

Write something you have little knowledge of.

Write too much information. Pick the relevant details.

Write without a break.

Just leave it to spellcheck, have someone review your essay.

Some informative essay example topics include:

You might be asked by your teacher to choose a topic for your informative piece. It is therefore vital to pick interesting subjects that appeal to a wide range of audience. Some informative essay examples are:

The Origin of Hip Hop

The Origin of Man

Domestication is a process which consists of hereditary reorganization of plants and wild animals into forms which are domestic and cultivated according to people’s interest. It is the mutual relationship between humans who influence reproduction and care of their animals. It transpires at the genetic level where species favored by humans get to breed and unfavorable ones suppressed. It means that domesticated plants have both genotypic and phenophytic difference compared to wild types. Domestication is not the same as taming where the animals are adapted and trained to live with people. Taming exhibits phenophytic changes but no genotypic differences (Zohary & Harvey, 2000).

Domestication of plants and animals happens to bring aesthetic enjoyment in the house. It usually is witnessed by the aquariums and house plants inside homes. Domestication also happens for purposes of doing scientific research and large scale production of food.

When it comes to behavior in wild animals, harsh seasonal reproduction rhythms are affected. It’s because factors like weather and food affect their reproduction. They also experience tough moulting periods. Domesticated animals on the hand don’t have restriction periods in breeding and moulting. They can reproduce any time of the year and moulting doesn’t occur often. The wild plants might experience shorter natural seasons than the domesticated plants. It, therefore, helps the domesticated plants increase yield within a specified time frame (Darwin, 2009).

Domesticated plants are also different from wild plants regarding higher germination rate. They have a bigger size of the reproductive organs. They have more predictable germination and growth as well as physical defenses. It is why when fruit bearing plants produce fruits then it is hard to fall off even after ripening. The wild plants increase their chances of survival by producing fruits that fall off for seed dispersal.

Personal development that gets acquired from hard work and experiences is what we call self-improvement. It requires one to have determination and direction. A person should set life goals and then draw plans on how they intend to achieve those objectives. To be considered as a role model icon, a person needs to be valued and highly respected in the society based on ethics and morals. What that person achieves as an individual inspires people to follow the actions and behavior or even the lifestyle of the person. In Benjamin Franklin’s autography, he represents it in a manner that shows an outstanding self-improvement that earns him the credit of being a role model.

Franklin was born into a low income family. The small business his father and brothers ran earned little capital though it was able to sustain the family. The family business was candle making, and his brothers had a printing shop. Franklin’s father wanted the family to continue his business activities. However, Franklin was not interested in his father’s business of candle molding and cutting wick. He instead chose to work in the printing business. It was this daring choice that would come to make Franklin a reputable person in the society. He mentions in his biography that he “arose from poverty and unknown to a state of prosperity and some degree of reputation in the word” (Franklin 3).

In his biography, several points illustrate in Franklin life cycle the idea of self-improvement. He developed an interest in reading books of different kinds in early years. He began by reading books in his father’s library and then he borrowed money and used his savings to purchase more (Franklin 12). When people saw Franklin had an interest in reading, some of them offered him books from their libraries. When he discovered he was now fluent in reading and writing, Franklin decided to try and write articles in the newspaper his brother produced. However, his brother James would not permit him to write as he was only 15 at that time. Franklin, therefore, decided to do it anonymously. An idea came to him to write under a pseudonym until he received accomplishments about his writings. It is a real indication of self-improvement. As much as he did not get a decent education in school, that was not a reason to stop him from writing. He embarked on self-education through reading books, and he was able to write favorite stories at an early age.

Franklin’s interest in the sea at an early age earned him respect and reputation among his mates. They looked up to him in the matters of critical decision making. He had a chance to lead the group while in the field. In his biography he writes on page 9 “I was a leader among the boys” (Franklin 9).

Due to his hard work and ambition, he became a writer which was his vision in life. Despite so many difficulties he faced, he managed to own a printing company in Philadelphia. He was also able to meet prominent people like Sir William Keith who was a governor because of his writing. Franklin got financial support from William Keith to escalate him higher in the business, and with that, he opened a stationary and book business (Franklin 87).

He was able to earn a spot in the political arena because of his views on the public matters. In 1737, he got accredited as a deputy governor of Philadelphia (Franklin 98). In 1736, Franklin served as a clerk of the general assembly. It was this position that allowed him to interact with people and learn about the flow of power among the leaders. It was here that he learned about discrimination and was shocked by it. So, he strived to serve “the good of the people.”

Lastly, the autobiography of Franklin demonstrates how a boy from a humble background made an individual commitment and self-improvement. He was able to rise and become a prominent public figure. As a result, Benjamin Franklin can be said to be an impeccable role model to all of us.

It’s not easy to come up with organizational decision making. Why? Because it’s not just an individual making decisions but a collection of individuals. An organization is viewed as an individual and therefore expected to impose objectives on an organization in exchange for satisfactory earnings of employees. There is also the cost of capital and the final product that reaches the consumers.

There are different types of decisions depending on various circumstances. An organization approaches every decision depending on a particular situation involved. There are three categories of decision making: technical, managerial and institutional.

The technical decision involves deciding on core activities. They include making decisions relating to the work of an organization. It requires the operational aspects of technology to solve problems. Managerial choices involve the support and coordination of the core activities of the organization. It also consists in regulating the relationship between an organization and its external environment. Institutional decision making concerns itself with diverse issues of substantial scale activities. These issues usually are policy formulation and are long term in the words of Boone and Koontz.

The primary forms of motivational conflicts are three. They are the approach-approach, approach-avoidance, and avoidance-avoidance conflict.

The first approach-approach conflict arises from attractive and competing options which are positive and hence desirable alternatives. The approach-avoidance gets described by the existing repulsion and attraction of possibilities. Avoidance-avoidance conflicts get created by a decision concerning the options which are revolting but competing. In such a case, the substitutes have both positive and negative valences. Approach-avoidance conflicts the extent of avoidance tends to distinguish to that of approach (Hill 1986).

When top level managers issue out a conflict constructively, they serve as a good example to their juniors. It enables them to manage their strategic decision making. Stanford professor Eisenhardt conducted a study on top managers of high tech companies. The findings showed that where positive productive was involved, the conflicts in decision making were manageable and didn’t engage in personal disputes. Top managers in less productive organizations were discovered to have difficulties connected with personal strife. The contrast between the two teams of decision making gets revealed. There was a discovery that the top productive teams fixed conflicts working together to generate solutions to problems.

It is, therefore, necessary to collaborate effectively on decision making whether it’s at an individual or organizational level.

An informative essay main objective is to help students to educate an audience about a topic. Make sure to understand the subject well. You can read an example of informative essay to get an idea of what to write. Once done, edit, proofread and you’re on your way to writing an outstanding essay. Good luck! 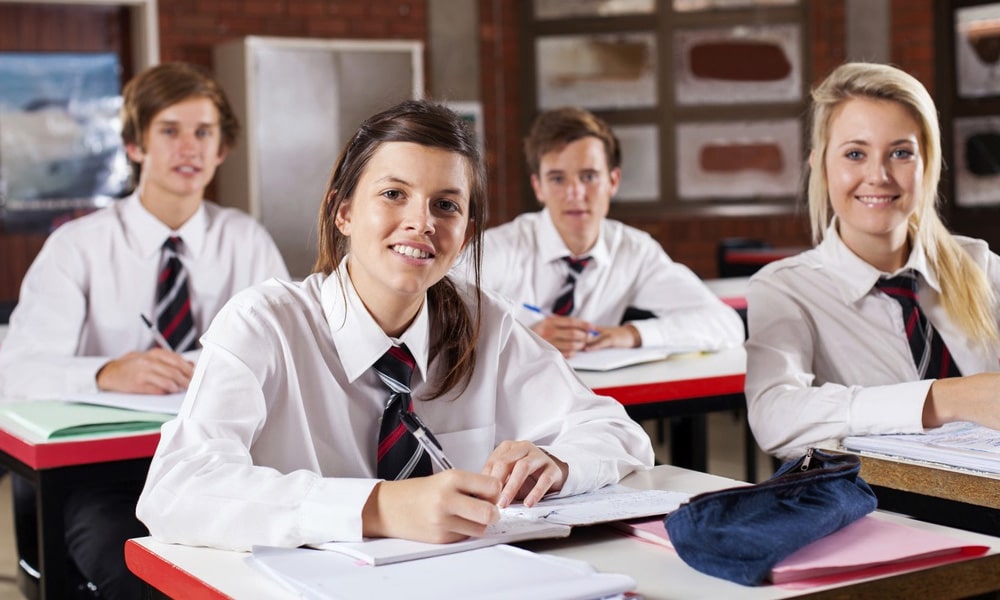 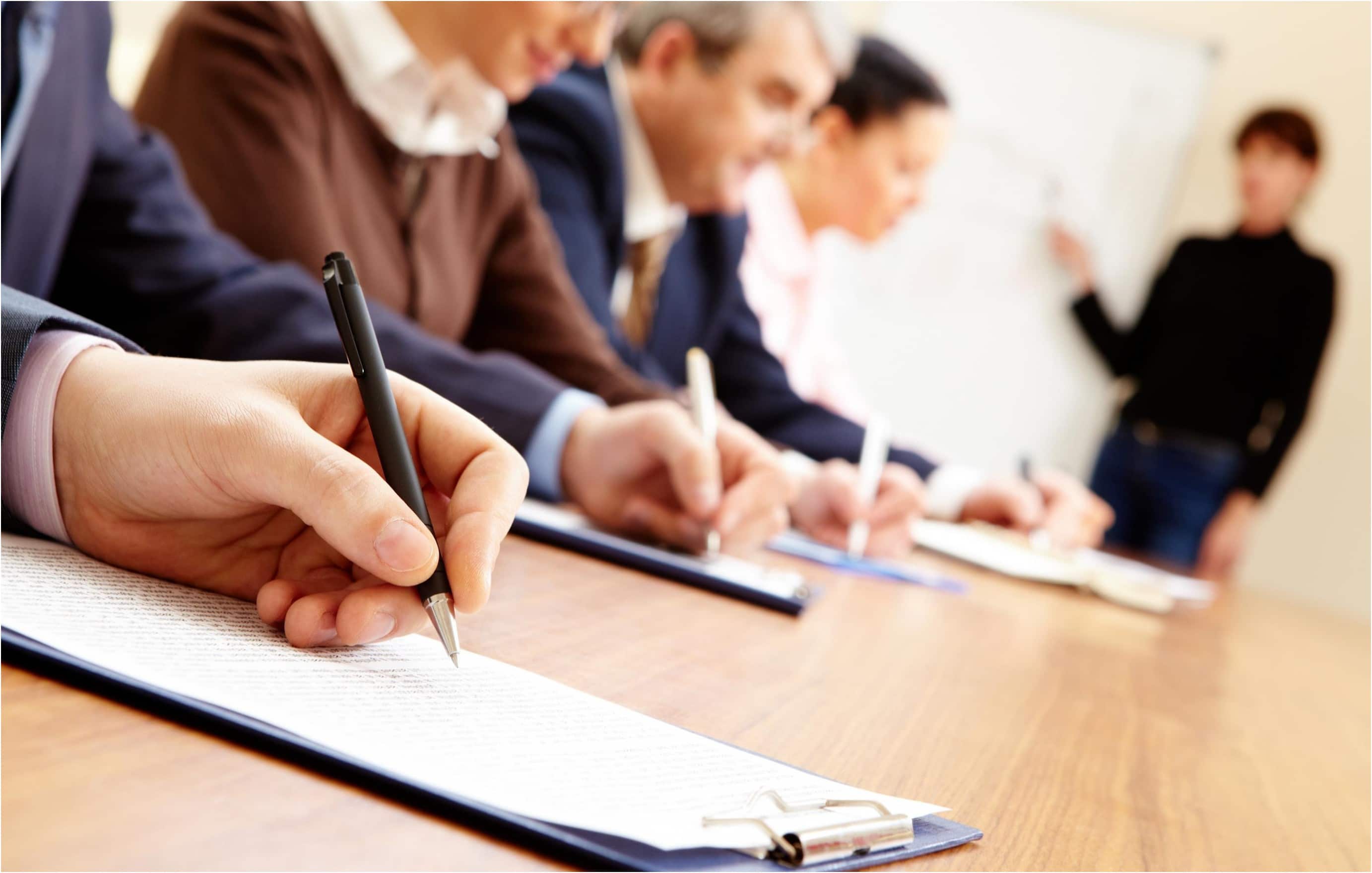