Dante Alighieri is the author of the Divine Comedy. He is a famous Italian epic poet. Dante was born into a middle-class Florentine family. He began writing poetry at an early age, and the lyrics fascinated him. He fell in love with a girl named Beatrice whom he saw only twice in his life but she was his inspiration for the legendary masterpieces. She died at an early age which left him heartbroken. In the Divine comedy poem, he is the main character. The plot is set up in 1300, around the time Dante was in exile from his native Florence. But the actual writing was done by him between 1308 and 1321 at the time of his death. The Divine Comedy summary gives a picture of the realms of Dante’s afterlife.

The Divine Comedy splits into three parts, and each section is broken down into canti or what is called chapters:

Inferno is the first part of the poem. It begins with Dante in the middle of his life getting lost in a dark wood which is sin and he cannot find a straight path. Scared, he wanders through the forest and sees the sun shining over a mountain in the distance. He tries climbing it but gets stumbled by three beasts which are a hungry lion, a leopard which he tries to evade, and a she-wolf which drives Dante away and he feels scared and helpless.

Dante goes back to the woods and meets a ghost. At first, Dante is scared and asks whether the figure is a man or a spirit. It answers with a voice which sounds like it hasn’t spoken for a long time. He is responded to “not a man now but once I was”, it is the ghost of the famous Roman poet who wrote Aeneid, Virgil, and he lived in the times of lying and false gods. Dante praises Virgil and tells him how much he admires him and that he is his inspiration. Dante tells Virgil how he was chased away by the wild beasts. Virgil then explains to Dante that he must take a different path as the wolf does not allow anyone to pass until the greyhound comes and drives her away. Virgil says he has been sent by Dante’s beloved Beatrice and two other holy women to guide him to heaven where Beatrice is waiting for him. Virgil states that they must pass through hell to get there, but afterward, a worthier spirit will guide him through the rest of his journey. We know this guide to be Beatrice. It is here that their long journey together begins.

It is clear that Dante’s Inferno summary is about Dante living a life of sin. He has strayed from the right path. Dante represents the minority of the society, i. e., the politicians, the clergy, the lovers, the scholars, etc. These people are all assembled and punished. It begins when Dante is in his midlife at the age of 35 years. It is not clear if by getting lost in the forest, he is referring to the earthly or the spiritual place but the forest represents Dante’s separation from God. Sometimes, a man becomes so involved in their day to day activities that they forget about God.

For Dante, humans must always try to find the right way to live and to perform righteous acts. Dante is trying to find the right path by taking the easy shortcut. However, he finds himself getting blocked by the three beasts which represent sin:

It is possible that Dante drew his inspiration from a biblical passage prophesied by Jeremiah. It is about the destruction of those who refuse to repent their sins. “Therefore a lion from the forest will slay them, a wolf from the desert will destroy them, a leopard will wait to watch near their cities, and anybody who ventures out will get torn to pieces, for their transgressions are great and their backslidings many.”(Jeremiah 5:6)

Assuming that the beasts are a representation of sin, there would be an expectation for them to be described as trying to tempt Dante as opposed to frightening him. Beatrice, however, tells Virgil that Dante is “stalled in his pathway along that lonely hillside” Beatrice does not talk about temptation, rather that Dante has been “turned aside by terror.” This goes to show that what blocks the shortest way to the mountain is not sin but the fear of wickedness. When Dante turns back and retreats from the beasts, this does not symbolize sinning, but he is pretty much forsaking his spiritual goal for the fear that by continuing he might find himself falling prey to sin. Dante wanting to ascend to the mountain symbolizes his spiritual progress and him wanting to get closer to God. Though this puts Dante in danger of sinning, he goes back to the ground where he can be safe from the sins even though he is still unsaved.

The greyhound represents the coming of Christ who will cast away all sins. He will come to redirect the world in the path of truth and virtue. Despite Virgil being a pagan, he represents a good man and an imperative man during his time who received admiration for his poems. Virgil stands for human reasoning and virtues which are admirable characters but not good enough to gain you salvation. Virgil assumes the role of spiritual guide for Dante as it seems that he has already taken his journey through hell. He is very protective of Dante and is careful to explain the functions of hell patiently. He knows that Dante is dependent on him and he’s always concerned about Dante’s well-being. Virgil keeps Dante behind most times so as not to frighten him in their journey through hell.

Despite Virgil being an upright person, he is still a pagan who worshiped false gods during the time of the Roman mythology. Virgil cannot take Dante through the passage of reaching heaven. Dante must, therefore, make this journey alone and discover on his own the consequences of sinning to find salvation. This is where Dante takes a voyage to the afterlife. The most important character in the poem is Beatrice as she is the love of Dante’s life. It is therefore not a shock that he put her with the Angels where she is waiting for him. 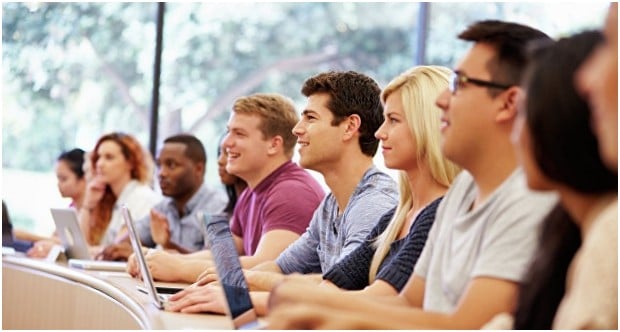