The majority of tragic heroes in the world’s literature get created following specific rules set a long time ago. They serve as the guide to produce a character from the list of tragic heroes that will correspond to this classic image. These are specific aspects which every tragic narration is to feature: hubris, nemesis, anagnorisis, peripeteia, hamartia, and catharsis.

The Main Characteristic of All Tragic Hero Examples

Hubris is considered to be an inseparable part of all tragic hero examples for a heroic essay. It is present in all plays, stories, and novels which have a tragic hero. To cut a long story short, one can say that hubris is a combination of features and shades of the character that make him or her gone arrogant and too proud, resulting in catharsis.

According to Aristotle, hubris is to be present in every tragic character. If we look at Oedipus, which is considered to be a classic tragic hero, hubris is very evident within the character. As a king, he has certain limits in showing his pride. He is not a tyrant like other kings around and is loved by the people whom he helps. No thoughts of personal profit ever cross his mind. His departure from his parents is aimed at undoing the sinister prophecy. Despite this, he can’t change his destiny which leads him to commit the most heinous crime he could ever commit. It is a tragedy of a human being who is desperate at beating the fate at its own game. This is hardly ever possible, and Oedipus’ failure is imminent.

Another prominent tragic hero in the classic literature is Rodion Raskolnikov. It is famous for introducing certain social aspects into the image of a tragic hero. In this story, a student who is broke comes to a thought that there are two kinds of people. One category is presented by those who are born to change the world’s history. The other consists of those who are unable to do that. The first category of people obtains specific talents and has the power to deviate from moral norms that are widespread in society. Raskolnikov associates himself with Napoleon who had no limits in sacrificing human lives for the sake of “the highest aim.” The character has regrets and pity for anyone. Such life view brings him to the moment when he commits a brutal murder which changes his life.

There are different kinds of nemesis is literature. Anyway, it states for the conflict of the tragic hero. This conflict can be the result of the hero’s pride. For example, Oedipus believes that he can trick his destiny, but, eventually, it leads him to the murder of his own father. You may choose many other hero examples for a heroic essay that have faced their nemesis led by their hubris. One of such tragic hero examples is Raskolnikov. He would never kill a person unless he was sure that it would change something for other people. He understood what a terrible crime he did right away. But there was no turning back. So, it gave the start to his inner struggles. This was the inner conflict – one of the most widespread types of nemesis. The point is that neither characters nor people in the real world have enemies before they make some wrong decisions which make them perfect hero examples for a heroic essay. There should be some circumstances that provoke a conflict, and usually, we create them with our own hands.

Even if some tragic heroes examples get killed by characters whom we can describe as evil, there are often hero’s actions that lead to that. This happens to Severus Snape, one of the most celebrated modern tragic hero examples. He gets killed by the Dark Lord, but this is not the main reason why we sympathize this hero, as it was the only logical decision to reveal Snape’s real intentions. This is his pride and incapacity to reveal the best in him makes us sympathetic: Snape appears to be cold and cruel, but his noble deeds (and the reasons for the deeds that might have been considered evil) display him as one of the most courageous and loyal characters in the book. The difference of what Snape shows to the society and what is really going on in his heart is the character’s nemesis.

Nemesis as the Clash: Tragic Hero vs. His Enemy

There is no point in denying that different decision could have brought the tragic hero examples described above to a completely different nemesis or even a different end. But sometimes we can witness the other kind of nemesis – an outside threat in the face of a real person. F.S. Fitzgerald chose such nemesis for his protagonist – Jay Gatsby. This is Tom Buchanan, the husband of the woman Gatsby craves. This is a vile, unpleasant person. Some of his actions are triggered by Gatsby’s behavior, others are not. Here, we can see an interaction of two complicated characters and their clash is inevitable, regardless Gatsby’s decisions on whether to follow his dream or not. It is peculiar that Gatsby sees that his struggles were in vain before the highest point of the conflict. But the conflict still goes on, because it is not just in Gatsby’s head, it also gets fueled by the pride and arrogance of another person. Is it all about the woman? No. Tom would try to revenge even if Gatsby gave up, as it is about envy and the desire to prove that one is better than another. Tom stabbed Gatsby in the back, almost literary. If George didn’t know that it was Gatsby who hit his wife with the car, Gatsby wouldn’t get killed. The paradox is in the fact that George killed Gatsby not to revenge for Myrtle’s death. He thought that the one who was in the driving seat was her lover. But it was Tom who said it was Gatsby and it was Tom who was Myrtle’s lover.

The Plot Changes: Anagnorisis and Peripeteia

All the tragic heroes examples get revealed in the background on sudden twists. These twists are completed with the help of anagnorisis and peripeteia.

Anagnorisis is an unexpected discovery made by the tragic hero. Oedipus, for instance, understands that he hasn’t avoided his fate and did kill his father. Romeo and Juliet face the truth when it gets clear that they belong to rival families and there was no way they could end up together. Jay Gatsby realizes that the woman he thought he loved is not the girl he used to know anymore.

Peripeteia is a twist in the plot caused by the outer circumstances. For example, we can observe peripeteia when Daisy hits Myrtle with the car when Voldemort decides that he is to kill Snape to change the master of the Elder wand, and so on. It is used to demonstrate that it is not only the hero’s decisions that form his or her destiny.

Anagnorisis and peripeteia are closely interrelated, but they have distinct peculiarities of their own.

How the Plot Is Developed: Hamartia of the Tragic Hero

Hamartia is the term denoting the tragic way of the hero to his or her downfall. It is usually provoked with the hero’s hubris. Hamartia leads the hero to the tragic end step by step but never hints what it would be. Some of the endings are too tough even if we agree that the hero’s deeds are awful, like in the case of Oedipus who could have found peace in death but chose to be blinded. But hamartia, in this and other cases, don’t give too much away and we can’t predict the tragic outcome.

If you are trying to choose hero examples for a heroic essay and find out that catharsis of this work is hard to analyze, this is probably not the best choice you can make. Catharsis is not just a spectacular end, that can be replaced by different aspects of your analysis. All tragic heroes, whether these are ancient heroes or modern tragic hero examples, are created to bring catharsis to the reader. The reader, in turn, has to feel extreme pity for all hero examples for a heroic essay. Moreover, the reader has to be frightened with the hero’s fate.

We (almost) always feel that the tragic hero could have avoided the tragic end. Who wouldn’t prefer that Rowling let Snape live? Who wouldn’t wish happiness to Romeo and Juliet? And even Oedipus understood everything – and he was a great king, – why does he have to suffer? But this is what differs a tragic hero from any other type.

J.K. Rowling, for example, could have killed Harry Potter and he would make a perfect tragic hero. But with the help of another peripeteia, she saved him (once more) leaving worried fans and her publishing agents some hope for the sequel. And it was actually published! But this is not the only example when the hero could have died but didn’t, transforming from a potential tragic hero to an epic one. Some can argue that in Shakespeare’s times there wasn’t so much pressure on authors and they killed everybody they wanted in their books. Presumably, for this reason, tragic hero examples were much more plentiful than today. In reality, authors have always changed their plots in the process of writing for numerous reasons. And it is not only about sequels.

Besides, there are some examples of the main characters that deserve punishment. Dorian Gray, for example, is definitely not a tragic hero, as he lacks all the positive personal traits that Raskolnikov or Gatsby possess. We can compare Wilde’s protagonist with Georges Duroy portrayed in Bel Ami by Guy de Maupassant at the beginning of the 20th century. Duroy is a good-for-nothing journalist who succeeds in life with the help of endless affairs and schemes. And this doesn’t even prevent him from becoming one of the most influential men in Paris. Both these characters’ stories lack catharsis, as one gets what he deserves and the other gets a happy-ending which he doesn’t deserve. They are both not the examples of tragic heroes.

There have always been personal qualities any of hero examples for a heroic essay has to possess. All from the list of tragic heroes are generally decent people, with whom readers can associate themselves. Examples of tragic heroes are not deprived of human weaknesses, which make them closer to the general public than other hero types, like an epic hero, for example. But these qualities don’t reveal characters to the full. They should be combined with other aspects of creating tragic hero examples. Otherwise, it will not be possible for the writer to create the desired effect of catharsis. 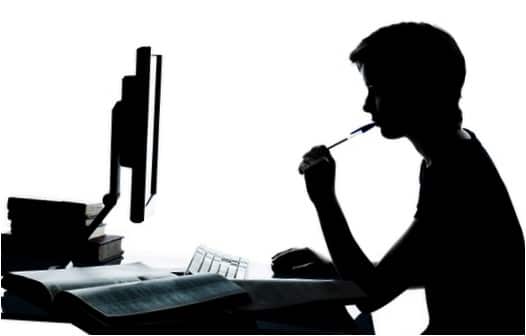 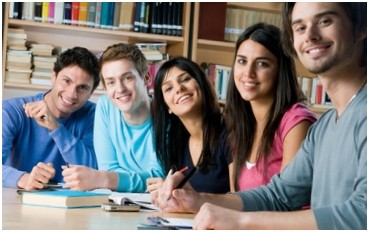